By Derrick Hakim on November 29, 2013 in Homebrewing
Is Homebrewing Legal Where You Live? 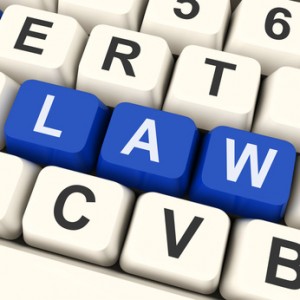 Is Homebrewing Legal Where You Live?

It seems like you can buy homebrew supplies everywhere; either online or locally.  But have you ever stopped to think whether homebrewing was legal where you live?  I’m going to focus on America here, but  if anyone can help us out internationally or maybe you have local restrictions, please let us know.

According to the American Homebrewer’s Association, homebrewing has been Federally legal here in the U.S. since February 1979, thanks to President Jimmy Carter.  But what about each state?  Are there any additional restrictions imposed by individual states?

Believe it or not, up until 2013, there were still two states that homebrewing beer was illegal – Mississippi and Alabama.  As of July of 2013, the last state to allow homebrewing was Mississippi!

So does that mean you can brew all you want, where you want, and give it to anyone you want?  Nope!  Each state does have very specific requirements (some more specific than others) about homebrewing.  One common one is you must be the legal drinking age in your state in order to brew beer at home.  Also, don’t forget – if your state has “dry counties” then you will have to observe those laws as well.

So how does all of this legal stuff get done anyway?  I mean what politician is really worried whether homebrewing is legal or not?  Well if you know even just a bit about politics, then you’ve heard of lobbyists.  The American Homebrewer’s Association can help there.  Although there site states that they don’t have lobbyists in every state, they do provide resources to help local homebrewing groups organize grassroot efforts to change or enhance the laws in their state.

For example, not all states allow you to transport homebrew to another location for things like a local competition or homebrew club meeting.  Some states only allow homebrew to be consumed in the home where it was brewed.  As you can see, this could pose a problem if you simply want to take your hand-crafted creation to a friend’s house or on a trip to your cabin in the woods.  Support the local and national homebrewer associations, as their work is never done.  A law that’s on the books today that favors homebrewing could be off the books tomorrow.

How are the laws around the globe?  According to Wikipedia, homebrew restrictions were removed in the UK in 1963 and Australia in 1972 (but there may be other restrictions that apply, so please check).  In New Zealand, homebrewing beer has always been legal (lucky New Zealanders)!

Are there any homebrewing restrictions where you live?  Let us know!

Interest in Brew in a Bag Homebrewing is on the Rise